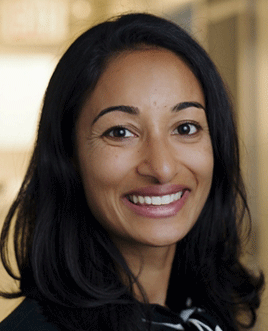 Born on the 25th of August, 1974; Dr Tanveer Ahmed is a fully trained and qualified psychiatrist. Holding both an MD and BA from The George Washington University, Tanveer has become a leading psychiatrist for both adult and child patients around the entirety of the United States. Her history and background has played a major role in where she is today, and after achieving a further qualification (a Fellowship in Child and Adolescent Psychiatry from the State of New York) – she has helped countless individuals and families to overcome their issues and concerns.

Tanveer has held her medical practice license (as issued from the New York State of Medical Affairs) for many years now, and she recently became a Board Certified Psychiatrist. Her unique combination of psychiatry combined with personal experience has allowed her to provide therapy to children over the age of 15, as well as adults and families.

Dr Tanveer Ahmed claims that her unique approach to her patients’ mind-set and concerns are what help her patients to overcome their obstacles; often against all odds. Born in India before moving the United States has granted Dr Ahmed a unique knowledge that can apply to a range of lifestyles and experiences among her patients. During her education, Tanveer spent a year working in New Zealand alongside some of the countries’ native tribes and townsfolk. During this time, she became accustomed to the local traditions and culture and found a discovered a fondness for their way of life.

It was only on her return to the United States that she’d found that her skills had been amplified, and she now provides her services within her own medical practice, as well as within two homeless sites where she works on behalf of the Family Health organization. Dr Tanveer Ahmed offers her skills for youths at the homeless center in specific, and she frequents the locations several times a month.

As a big believer in progression as a community, Tanveer has dedicated much of her life to assisting the less fortunate, and this includes her help at the All Angels New York centers where she assists the adult homeless population in various ways. Her thoughtful approach to each and every patient has helped her to build a reputation based on trust amongst her patients, and many attend the local facilities just to have a session with Dr Ahmed.

When she’s not working Monday to Friday, Tanveer enjoys nothing more than dedicating her time to her family and friends. She has several hobbies and is an avid reader, and when she’s not reading through resource materials she’ll often pick up a thriller or action novel by one of her favorite authors.